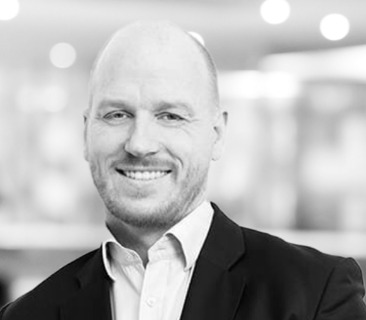 5 things to look out for at Labour Conference

The Labour movement head down to Brighton this weekend for Kier Starmer’s first in person conference and it promises to be a contentious affair. With Labour still behind in most of the polls, Sir Keir is under pressure to finally set out what a Labour government would look like and silence his critics on the left of the party.

These are the 5 big things to look out for this year:

A quirk of Labour’s rule book is that conference approve the appointment of Labour’s General Secretary. Despite being in post for 18 months, after being appointed by the National Executive Committee, David Evans still required Conference to rubber stamp his appointment. The last 18 months have seen Jeremy Corbyn suspended from the Parliamentary Party, key left-wing factions proscribed, members excluded and a recent redundancy scheme for staff. The left are out to get the General Secretary and Unite the Union (who have a large block vote) have agreed to oppose his appointment.

This matters, is this vote is a key indicator of the balance of power amongst the delegates. If Evans wins the vote, then the leadership can be confident of getting through their proposed rule changes on Sunday and Labour insiders will be watching this very closely.

Those that control the rules, control the organisation and there have been big implications for rule changes at conference over the past few years. Ed Miliband’s leadership election changes can arguably explain the rise of Corbynism and from that the Tories last two election victories and maybe even Brexit.

The talk before conference therefore is all focussed on Sunday’s votes on the rule changes that will be brought forward by the NEC.

The most controversial are expected to open up Labour’s civil war and will be a real test for how the two factions have done in delegate elections in the months before. Labour’s NEC are expected to announce a proposed return to the electoral college system of electing the Leader and Deputy Leader which existed prior to Miliband’s reforms. This would increase the power of parliamentarians and reduce that of the grass roots. This, along with expected moves to make it harder to deselect MPs are designed to all but eliminate the chance of another hard-left candidate wining the leadership and put an end to the Corbyn project.

If Starmer wins this vote on Sunday, expect his authority to increase and a possible barnstorming speech on Wednesday.

The public highlight of conference, Keir Starmer’s keynote speech will end Conference on Wednesday and it is the most important of his life. With Labour still trailing in the polls, despite facing a weak Government making some tough decisions, his critics are out to get him. Sir Keir’s supporters have always pointed to the limitations brought about by the pandemic as why he has failed to make major inroads in the polls. This speech marks the end of those excuses and he has to step up.

His advisors have two choices, either write a statesmanlike speech which is designed to ignore the divisions in the hall and speak directly to the public or prepare a lecture like Neil Kinnock in 1985 when he took on Militant.

It may well be delivered to defiant songs of “oh Jeremy Corbyn” from the conference floor and how Starmer responds is likely to frame his leadership all the way up to the next General Election.

Another frequent criticism of the current Labour leadership, both from inside the Party and from the public is a lack of understanding what they stand for. Sir Kier has promised to paint his vision in primary colours, this is the front bench’s opportunity to do just that.

In each of the speeches from Shadow cabinet members, look out for policy announcements that respond to the big issues of the day. In particular, look out for Shadow Chancellor Rachel Reeves speech at midday on Monday and whether she is going to announce Labour’s position on how to fund social care.

Much of what goes on at Conference has little impact in the real world until Labour get back into Government. What Labour can impact now is where they are in power, in Wales, metro mayors and local councils. Look out for announcements during conference from Labour’s Shadow Housing Secretary, Steve Reed and devolved leaders. Some of this will be from the conference floor, others in fringe meetings and others on TV and podcasts (like Andy Burnham’s appearance on Matt Political Party Podcast during conference week.)

What is Labour’s response to the planning reforms? What policies will be implemented in cities across the UK to combat bad air quality, how will this impact the built environment and planning policies?

While many of Labour’s arguments by the sea may seem irrelevant to the real world, rule changes and General Secretary votes can impact the policies and personalities of the official opposition, and the chance of Labour forming the next government. Conference week will certainly not be quiet and we might even get some policy announcements to put some substance on Labour’s appeal to voters for the next General Election.