An end to the virtual Parliament: Is this simply another example of tradition for tradition’s sake? 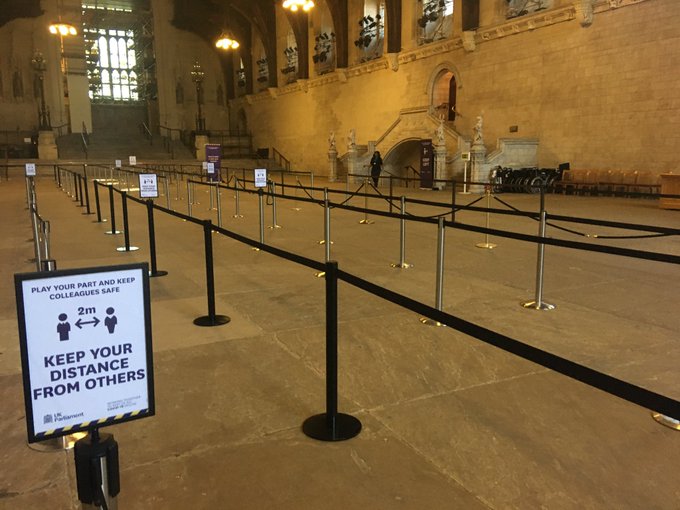 Last month, I wrote about the joys and challenges of a virtual Parliament and what this all means for public affairs professionals.

I said it remained to be seen how long virtual Parliament would last and it turned out to be sooner than I expected. The Leader of the House of Commons, Jacob Rees-Mogg opted to end the ‘hybrid’ working model which had been in place since mid-April arguing that politics “is better done face-to-face”.

Under Mr Rees-Mogg’s plan, which has now been approved, MPs will be asked to form kilometre-long queues to obey social distancing rules when voting. The Lords, by contrast, is developing a new online voting system, which is expected to be ready by the middle of the month.

Whilst the proposal states that MPs should be physically in Parliament in order to participate, Rees-Mogg has said that he will bring forward a further proposal allowing those who cannot attend Parliament due to age or medical restrictions to be able to question the Government remotely. Rees-Mogg suggested that these MPs would be unable to vote but could be ‘paired up’ with a colleague from the opposition who agrees not to vote so the numbers are cancelled out.

The plans have sparked incredulity, concern and condemnation from the opposition MPs and some members of his own party. Critics said the Government’s plan excluded vulnerable MPs, including those shielding, as well as MPs with caring responsibilities. Scottish MPs expressed deep reservations about having to travel hundreds of miles back to London.

The row continued with the Prime Minister saying at PMQs that older MPs and those shielding should be allowed to vote by proxy, a move which Labour called a u-turn. It wasn’t enough to get Tory critic and Chair of the Procedure Committee, Karen Bradley on board either. She pointed out that the proxy scheme is due to expire in July 2020 and was “not suitable to be extended to several dozen members” – it is generally used for MPs who are on parental leave.

Many Conservative MPs have, however, welcomed the end to the virtual Parliament. Some have argued that a virtual Parliament hinders Parliament from performing its role effectively. Others have suggested that it was unreasonable for MPs to not be back at work when the Government has asked schools to reopen. Essentially, parliamentarians should lead by example.

And whilst the vast majority Tory MPs followed the whip and duly voted to approve the plans without amendments, a sizeable number rebelled. Foreign Affairs Committee Chair, Tom Tugendhat said he was going to vote with the Government and then saw the queues. He waited almost an hour to vote and opted to rebel. Voting normally takes 15 minutes.

The mix of Tory rebels was eclectic and represented the breadth of the parliamentary party: hardcore Brexiteers like Peter Bone and John Redwood, former Ministers like Tracey Crouch and Nusrat Ghani and Select Committee Chairs like Tugendhat, Caroline Nokes, and Greg Clark. Many were the same names who publicly called for Dominic Cummings’ resignation.

The Government may have won the votes, but around a third of MPs representing millions of constituents were effectively left disenfranchised because they could not get to Westminster. Education Committee Chair, Robert Halfon, who is shielding summed it up well saying “If I can’t vote, I don’t have a choice to vote, I’m a parliamentary eunuch.” In an interview, he simply concluded “I just want to do my job.”

But given fewer opportunities for participation with many MPs remaining remote and others unable to question ministers as only 50 MPs are allowed in the Chamber at a time, the return to a ‘traditional’ Parliament poses challenges for us and begs the question of how Parliament will effectively function in the coming weeks.