Chancellor sets out his plan for jobs

You wait ages for an update on the economy and then two come along in a week.

Today, the Chancellor of the Exchequer provided some meat on the bones of the Prime Minister’s speech last week with a raft of new commitments designed to stimulate the economy, create new jobs, and kick-start the levelling up agenda. Central to this is supporting young people into employment, and tackling the retrofit challenge to decarbonise existing homes across the country. There were also significant announcements of support for the tourism and hospitality sectors – including giving people up to £10 per meal they eat out in August.

Here are our top 5 takeaways from today’s speech.

The Government has, to its great credit, worked hard to protect jobs in the UK due to Covid-19 by introducing the ‘furlough’ scheme. Today was all about creating new jobs and opportunities, not retaining existing ones. The announcement of the Construction Talent Retention Scheme, an online portal that supports redeployment of staff at risk of redundancy across the sector will be something that the built environment sector will want to tap into.

For BECG this was especially pleasing. The work we’ve been doing with our client Communities that Work to ensure an ‘Opportunity Guarantee’ directly influenced the Plan for Jobs, including investment in green jobs, investment in support services like employment advice services, and the offer of an education place, apprenticeship, or job for every young person. The financial incentives to support this, across many sectors including the built environment, will support those who were at risk of being a ‘lost generation’.

Responding to the fact that house purchases have fallen significantly in May, the Government has given a Stamp Duty holiday for all homes up to £500,000 until 31 March 2021. This is expected to save people on average £4,500, though it does little to help most first time buyers who already pay less. However, the second hand housing market may receive a boost.

An undiscussed benefit of this will be that the older people’s housing sector will finally (albeit temporarily) get their wish to see downsizers exempted from Stamp Duty. Whether or not this actually increases the level of downsizing, freeing up homes for young people to move up the housing ladder, remains to be seen but the onus will be on everyone in the sector to make the case for this holiday to be extended further.

The retrofitting challenge is a significant one, and calls for action have certainly been getting louder over recent months. Funding for retrofitting of public sector buildings and vouchers for private housebuilders is welcomed, with a voucher system designed to help improve insulation and heating systems to improve energy efficiency.

Always expected, but confirmed today that the Budget and Spending Review will take place in the Autumn. This will be focussed on the ‘rebuild’ phase of the Government’s Covid-19 response – and we’re likely to see more detail of infrastructure funding and ‘shovel-ready’ schemes that the Prime Minister hinted at last week. We will also see later this month the Planning Policy paper that will apparently revolutionise the planning system. But once again, much of the significant long-term detail has been put off until later in the year.

The Government’s significant investment in jobs and job retention has been remarkable but it seems that time is running out. Insisting that the furlough scheme cannot be extended forever, and payments for bringing people back to work, demonstrates that eventually the Government has to take the economy’s stabilisers off and let it recover on its own.

So after this, what next? The Autumn Budget will no doubt set the scene for how the economy will be ‘reset’ or ‘restarted’, but the focus will be on how the private sector can stand on its own feet, create jobs and drive growth.

Just 112 days ago, the Government set out its agenda for infrastructure spending and investment across the UK. And then, Covid-19 happened.Today in Dudley the Prime Minister, Boris Johnson relaunched this ambition with a speech that looks to create a ‘New Deal’ for the world beyond Covid-19, saying that we “cannot continue to be prisoners of this crisis”. The PM’s new world is one of investment in big infrastructure projects, development, and job creation, with the levelling-up agenda firmly back front-and-centre as the UK is encouraged to ‘build, build, build’.

END_OF_DOCUMENT_TOKEN_TO_BE_REPLACED 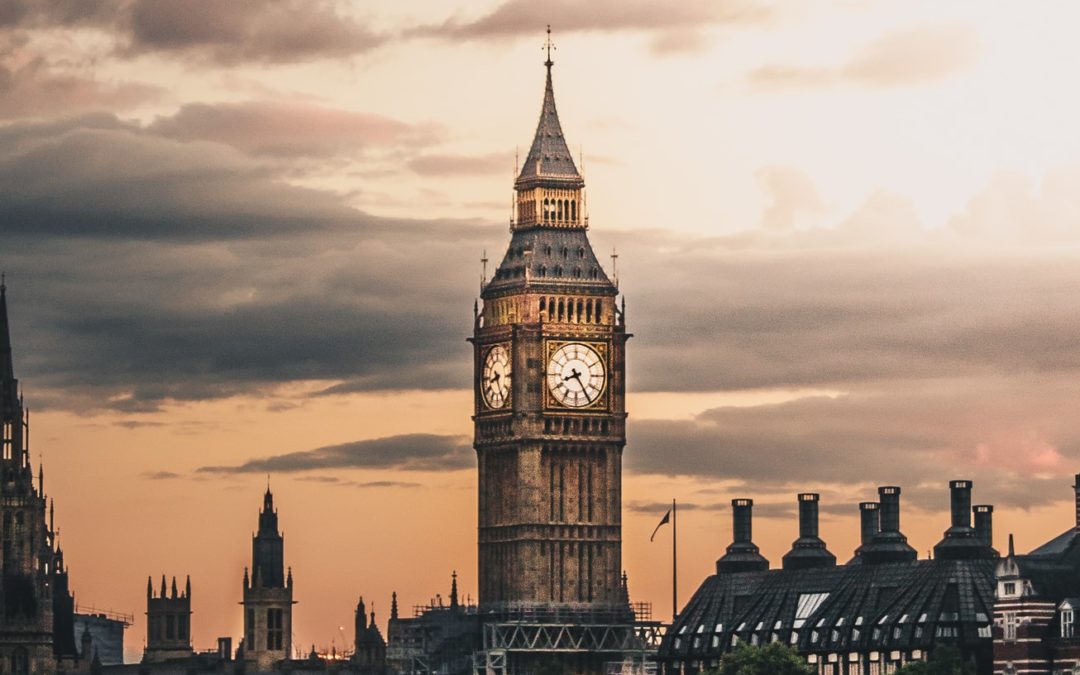 The new normal: the joys and challenges of a virtual Parliament and what this means for public affairs professionals

With our virtual Parliament now up and running, the ‘new normal’ is in full swing and viewers of BBC Parliament are getting little glimpses into the lives of their elected representatives.

Breaking 700 years of parliamentary tradition, it is truly historic. For the first time in parliamentary history, PMQs has been conducted by video-link and Conservative MP, Sara Britcliffe became the first ever Member of Parliament to give their maiden speech remotely from the comfort of her home via Zoom (a tool most of us had never heard six weeks ago).

It hasn’t been completely smooth sailing. Technological glitches have occurred. At the first virtual PMQs, Conservative MP, David Mundell was unable to connect, missing out on asking his question. During a Select Committee session with the Education Secretary, Caroline Johnson MP’s question was indecipherable leading to the Chair stepping in.

There are plans to introduce remote voting and tests are being carried out, but this has yet to be fully secured meaning that key votes are unable to take place.

The proceedings are hybrid, meaning up to 50 MPs can be in the House of Commons, spaced six feet apart, and another 150 can join via Zoom. This, of course, means that most MPs are left out and must resort to watching Parliament on television.

Virtual Parliament is currently confined to oral and urgent questions and ministerial statements, meaning that other aspects of Parliament have been shelved, including adjournment, opposition day and Westminster Hall debates.

This all raises wider questions about how effectively MPs can raise the views of their constituents, with fewer participation opportunities and not being able to collar ministers in the division lobby.

But it is only natural that in the early days, there will be a few technical hiccups and the overall consensus is that during these unprecedented times, a virtual Parliament is vital to ensure the continuation of our democratic processes and for our concerns to be represented.

To put it simply, during these unprecedented times, a virtual Parliament is better than no Parliament.

We will also likely see a change in how the virtual Parliament operates in the coming weeks, with the scope of activity widened, including more debates and voting on legislation. This can only enhance its effectiveness and overall functioning.

Other countries are yet to follow the UK’s lead. The German Bundestag and the Irish Dail are both continuing to meet in person and the U.S. House of Representatives hasn’t approved proxy voting, amid opposition from Republican lawmakers. In just two weeks of virtual Parliament, the UK has shown that it can be a model for being the closest you can get to business as usual.

But for public affairs professionals seeking to influence policy, this new normal certainly brings its challenges.

Whilst public affairs professionals should continue covering key parliamentary activity and encouraging MPs to submit questions, they also need to be planning for when more routine parliamentary business kicks in (whether virtually or not) and devising creative and proactive programmes.

They should be succinct in thinking about what campaigns to engage on and be very clear on the ‘asks’, they wish to make. With Covid-19 transforming the political landscape for the foreseeable future, it is vital that messages and asks are aligned within its context, because this will be the Government’s biggest priority.

Most of us have made great use of digital tools in engaging with parliamentarians during the past few weeks and this will undoubtedly continue for the foreseeable future. MPs are tweeting more too, raising the importance of using social media to get your point across.

It remains to be seen how long this virtual Parliament will last, but it is possible that normal service will not resume until after the summer recess. Whilst we, public affairs professionals are used to face-to-face meetings and in-person events, the days of traditional lobbying are over for now and we should look to embrace this new normal and make the most out of the opportunities it offers.

Having been elected as Leader of the Labour Party on Saturday morning, Keir Starmer has wasted no time in naming his entire Shadow Cabinet team on Monday.  His team know that given his overwhelming victory among the Labour movement’s membership, he is currently at his most powerful and he has made the most of that. END_OF_DOCUMENT_TOKEN_TO_BE_REPLACED

After Labour’s disastrous election result in December 2019 the Party clearly has some soul searching to do. Those Members of Parliament who are now running to replace Jeremy Corbyn to lead Labour have started to offer some analysis of what they think went wrong. But whilst it is important to learn the lessons from the past, it is also important to look forward. A part of this is to identify what a “winning coalition” could look like in the future.