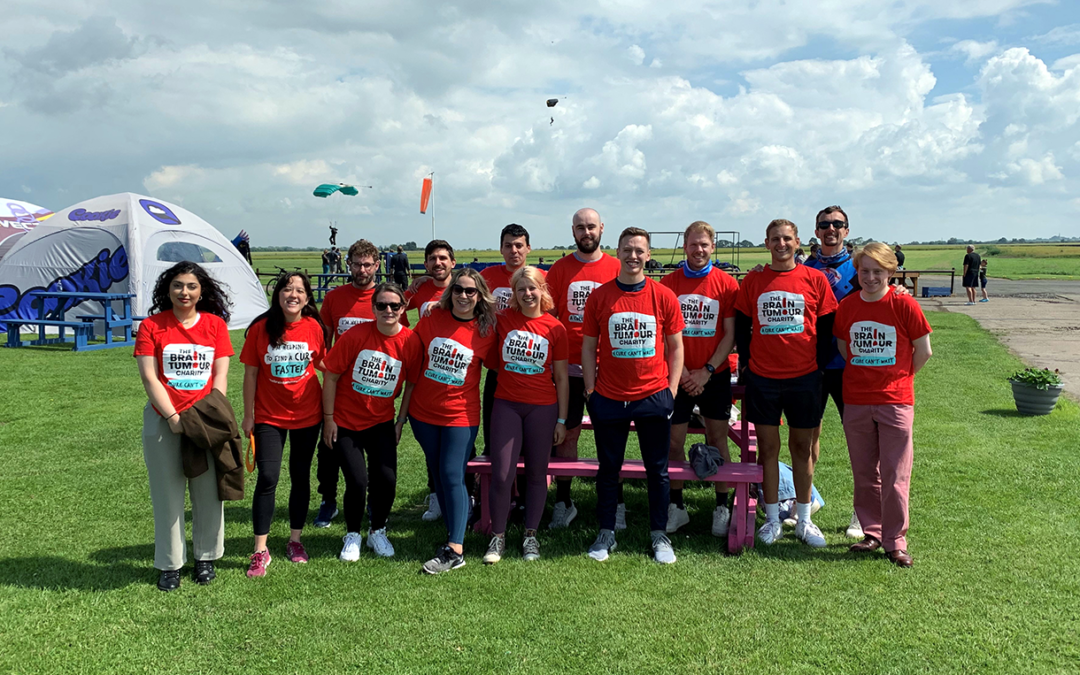 Last week employees at BECG and Cavendish Advocacy proved that the sky’s the limit as they completed an impressive 14,000 ft skydive to raise money in aid of The Brain Tumour Charity.

The Highflyers team, made up of 13 company employees, showed that they were willing to take a leap of faith as they gathered for the jump at Langar Airfield on Thursday 8th July. Through their efforts, they managed to raise a grand total of £5326 to donate to the charity.

The team had chosen to take on this challenge in support of The Brain Tumour Charity, one of BECG’s chosen charity partners. Brain tumours currently kill more children and young people under 40 than any other type of cancer. The charity remains at the forefront of the fight to defeat brain tumours; funding pioneering research to increase survival rates, raise awareness of the symptoms and effects of brain tumours, and provide vital support for those affected.

“We are immensely impressed by the efforts of our amazing Highflyers team who showed true bravery and determination during their charity skydive. Together, BECG and Cavendish Advocacy support several charity partners with fundraising events throughout the year, but this time the stakes were a little higher! It is fantastic to see such a vast amount of money raised for a deserving cause. We look forward to hearing how this money is able to support The Brain Tumour Charity and congratulate our Highflyers on this achievement.”

There is still time to support our colleagues by donating here. 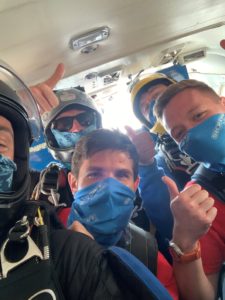 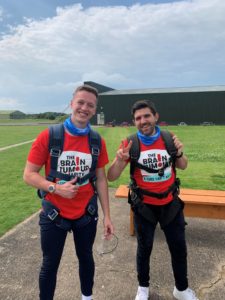 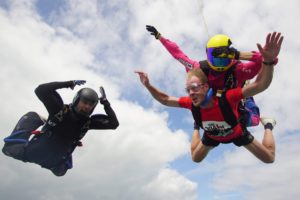