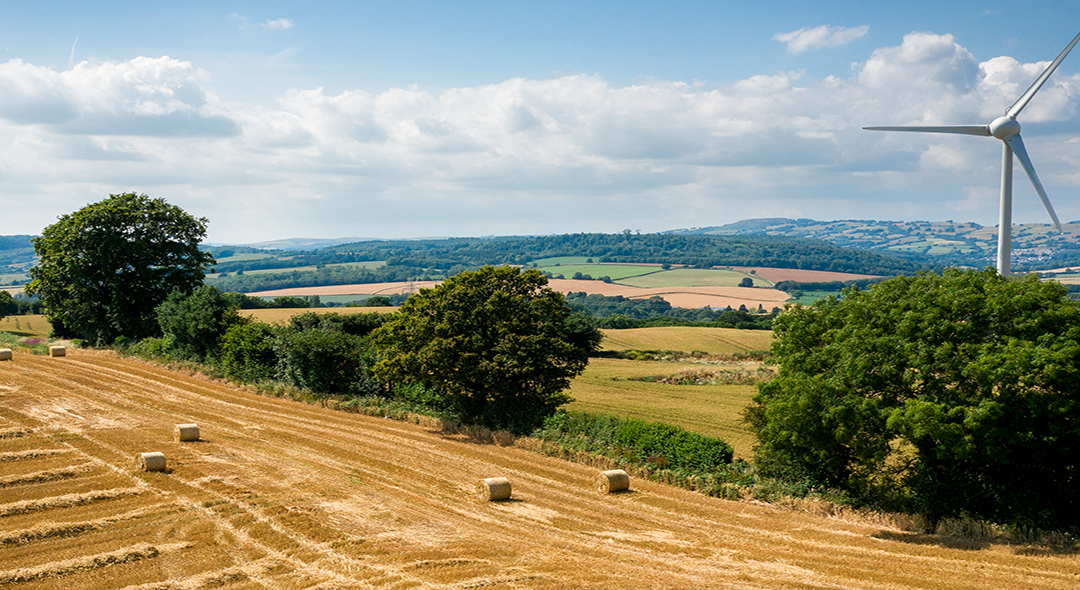 Back in 2018, the Government commissioned food entrepreneur Henry Dimbleby to conduct a full, independent review of the UK’s food system. Now, in 2022, DEFRA has released its long-awaited response to that review, setting out a plan to “transform our food system to ensure it is fit for the future.”

But the political environment in 2022 is very different to the environment in which the Dimbleby review was launched back in 2018. The impact of Covid, war in Ukraine, and an ongoing supply chain and labour crisis caused by Brexit uncertainty cannot be underestimated. So, the full-scale system reform that we were promised in 2018 hasn’t really materialised.

Instead, the Government’s Food Strategy is pretty politically sensitive. It needs to balance competing interests, from the all-powerful farming lobby to increasingly noisy health campaigners, as well as ensuring the strategy is politically saleable – with a firm eye on the impact of any measures on the cost of living.

There are several recommendations from Henry Dimbleby’s independent review which have not been taken forward. The most notable – but least surprising – omission is the proposed HFSS reformulation tax. The plans would have added a levy on salty and sugary foods, but have been shelved by the Government in direct response to the increased cost burden on consumers.

In its current state, the Strategy outlines an ambition to improve health, sustainability, and resilience through targeted interventions that minimise the impact on consumers’ back pockets. It’s not wholesale reform, but there are enough measures in there to ensure businesses pay attention:

With competing interests around the food industry, not least from a powerful agricultural lobby and health campaigners, the Government will struggle to keep everyone happy with its approach. Already, the plans have come under attack from environmental campaigners who say that the sustainability proposals in the Strategy have been watered down to such an extent as to make them pointless. And Henry Dimbleby, author of the Government-commissioned review, has said that the document “is not a strategy”, and that it doesn’t set out a “clear vision”.

But the Government should be broadly happy with the political response to its proposals. Because while health campaigners, Labour MPs, and even Henry Dimbleby himself have slated the strategy as a damp squib, its key constituency is Conservative backbenchers, who have responded to the strategy with either broad ambivalence or tempered enthusiasm. In the current political environment, DEFRA should chalk this up as a win.

To discuss the Food Strategy or FMCG policy, get in touch with Jack Spriggs. 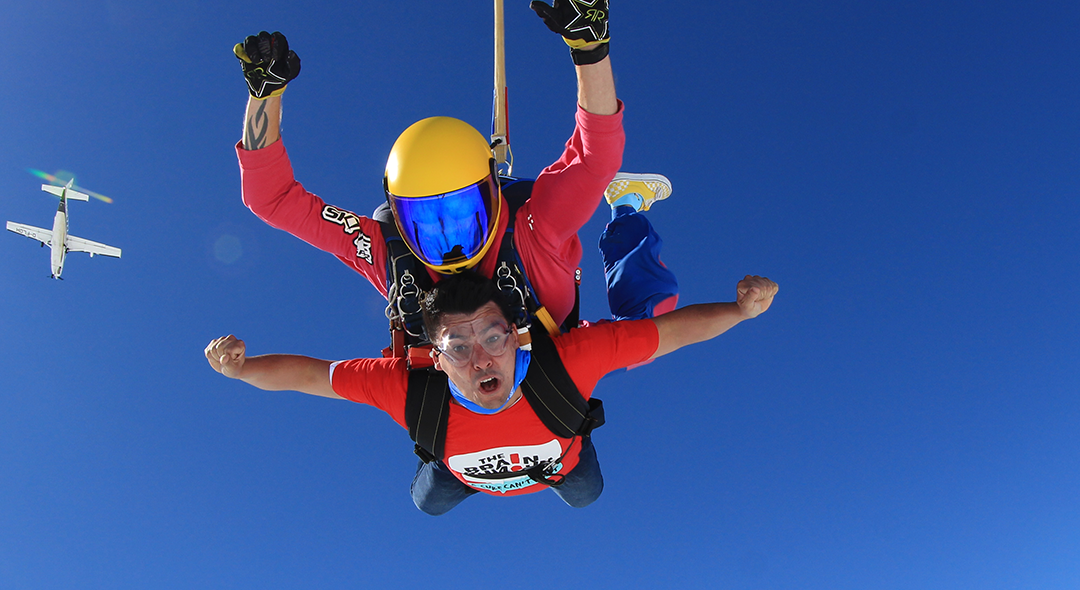 On 15th July 2022, 10 colleagues from across BECG, Cavendish Advocacy and SoCrowd (plus a special guest from Fairview Homes) will be skydiving from 14,000ft above the Nottinghamshire countryside to raise funds for The Brain Tumour Charity. 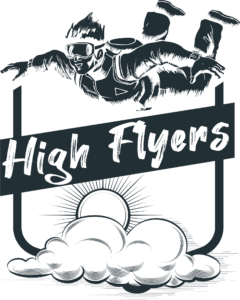 This is the third time that a troupe of BECG Group high flyers has come together for this great cause, with thousands of pounds having been raised across the two previous events.

If you would like to donate, please visit our JustGiving page here.

The Brain Tumour Charity is the world’s leading brain tumour charity and the largest dedicated funder of research into brain tumours globally. Committed to saving and improving lives, they’re moving further, faster to help every single person affected by a brain tumour.

They’re set on finding new treatments, offering the highest level of support and driving urgent change. And they’re doing it right now. Because they understand that when you, or someone you love, is diagnosed with a brain tumour a cure really can’t wait. 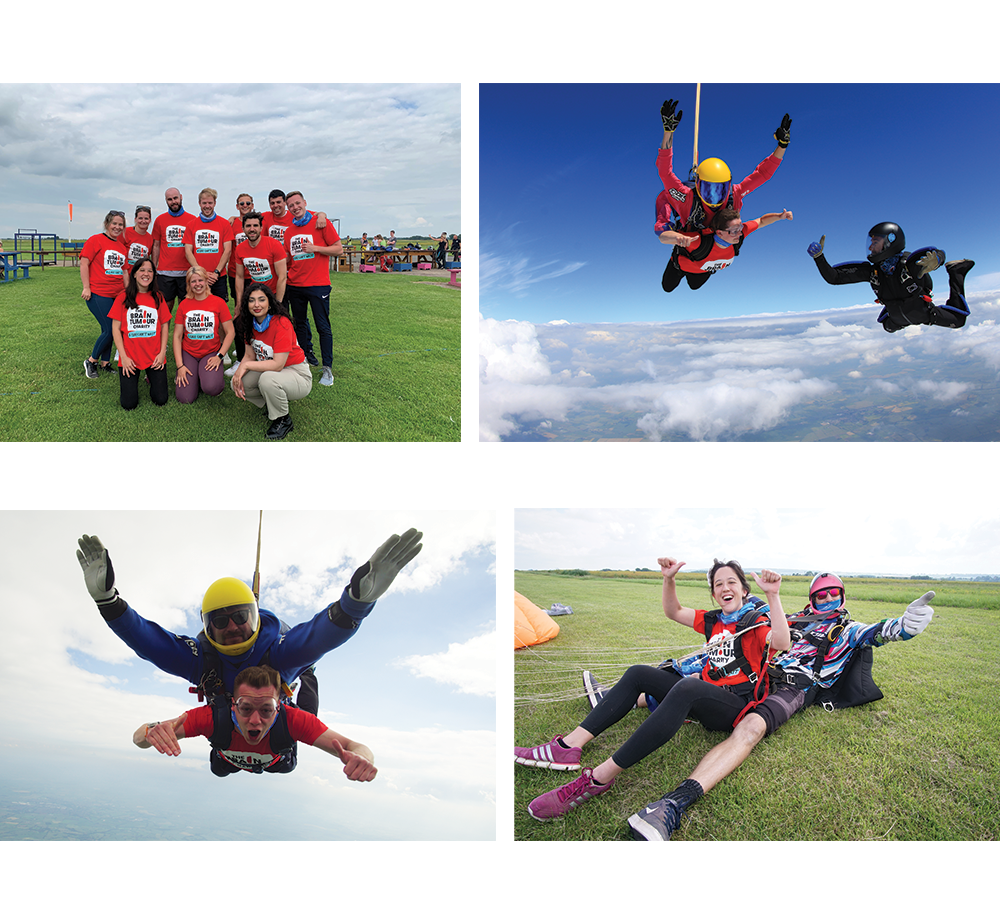 DONATE TO OUR HIGH FLYERS HERE 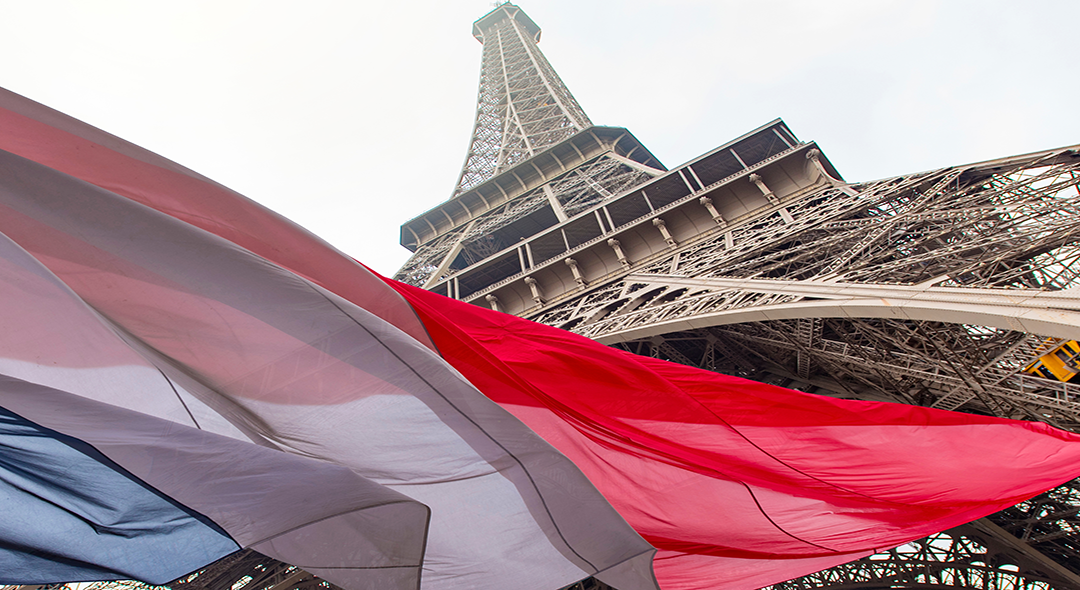 Between the Plague and Cholera – Is this election Macron’s to lose?

This Sunday 24th April 2022, I’m going home to cast my vote in the second round of the French election. There’s an element of déjà vu, as it’s another runoff between Marine Le Pen and Emmanuel Macron – but the difference this time around is that President Macron has completed a first and some would say rather turbulent presidency. This potentially puts him at a disadvantage because he is responding to grievances with his policies in practice rather than giving people hope with potential policies he would implement. Of course, he could still promise new policies, but convincing people is harder with a track record that voters can hold him to account for.

Since the last election, the French political landscape has become even more polarised, and the first round of this election only proved this. The top three candidates were only a few points apart, Macron with 27.8% of the vote, Le Pen with 23.1%, and most surprisingly far-left candidate, Jean-Luc Mélenchon receiving 22%. Since 2017, voter allegiances and behaviours have radically shifted, with the traditional left/right parties, Le Parti Socialiste (The Socialist Party) and Les Républicains (The Republicans), barely getting a look in – Valérie Pécresse, the Republican candidate only got 4.8% of votes, just 0.2% shy of having half her election expenditure being refunded and the Socialist Mayor of Paris, Anne Hidalgo received 1.74% of the vote coming 10th of the 12 candidates in the running. Contrast this with 2012, where the traditional parties took just under 56% of the vote between them in the first round.

The political priorities of the French people have changed, and their disillusionment and discontent are reflected in these election results with historically fringe parties such as La France Insoumise (Mélenchon’s France Unbowed) and Le Rassemblement National (Le Pen’s National Rally), gaining more and more traction. Generally, voters wait until the second round to vote strategically but amidst people we’ve interviewed over the last few days, there is a sense that even though they are not fully convinced or even in some instances actively dislike Macron, they still voted for Macron because to cast a vote any other way might have given Marine Le Pen a shot at the presidency. Some fear further social crises and a greater domestic divide, including the return of the ‘gilet jaunes’ protests.

Some, however, supported Macron because they appreciate his centrist politics and desire to steer France away from potentially outdated policies. They point to Macron being dealt a difficult hand, and succeeding in taking France through the pandemic, as well as his handling of the Ukraine crisis and clear pro-European globalist vision.

Mélenchon, once again, fell short of telling his voter base to vote for Macron choosing instead to encourage his voters to block Marine Le Pen from gaining a second-round majority. Though some of his voters may favour Macron, this lack of direct endorsement could also push people to abstain from voting, which does risk working to Marine Le Pen’s advantage.

Left-leaning voters tempted by a ‘vote blanc’ or abstain point to the cost-of-living crisis and a widening gap between social classes as key drivers in their vote, with one of the voters I interviewed saying ‘Far too many French people aren’t able to eat and live in squalid conditions, even though they work full-time. I’m tempted to abstain because I hate the policies Macron has introduced, despite being repulsed by the extreme right’.

I cannot claim to speak for the whole French population, but from those I have spoken to there is a general sense of fear and potential shame if Marine Le Pen were to secure a presidency. One reluctant Macron voter said a Le Pen victory would be a societal catastrophe, a disaster for European integration, for the environment and for France’s position as a symbol for liberty, equality and fraternity.

Macron was always going to win in 2017, but the gamechanger that led to a landslide was Le Pen’s disastrous debate performance which was deemed ‘cringingly awful’ with weird laughter and a lack of grasp of fiscal policy. Le Pen (and her voters) have probably feared last night’s debate rematch for the last five years, and they will breathe a sigh of relief. Le Pen came across as more measured than 2017, portraying herself as someone who understands the concerns of ordinary French citizens. She hilariously told Macron ‘we were told you were the Mozart of the economy, but your record is abysmal’. She did her best to pitch to left-leaning voters, promising to keep the retirement age to between 60 and 62 years.

But it was President Macron who came across as more presidential, playing both the incumbent and challenger, challenging Le Pen’s credibility, questioning, and correcting her figures, and hinting she is still the same as she always has been – a pro-Russian sympathiser, anti-European and anti-Islam. It was no surprise that a snap poll conducted after the debate found voters preferred Macron (59-39).

However, with swathes of voters who feel that voting for either Le Pen or Macron would be like choosing between ‘la peste et le cholera’, or to translate the plague or cholera, the disgruntlement in the French population is clearer than ever. The President remains the favourite to win, but as things stand the gap is around 10% – anything can happen, and regardless of who wins, the country remains completely divided and the next President will have to find a way to truly bridge deep-rooted divisions.

We’ll be publishing a part two to this blog next week, but if you would like to speak to us about the current political landscape then please do not hesitate to get in touch with Zoë Varenne. 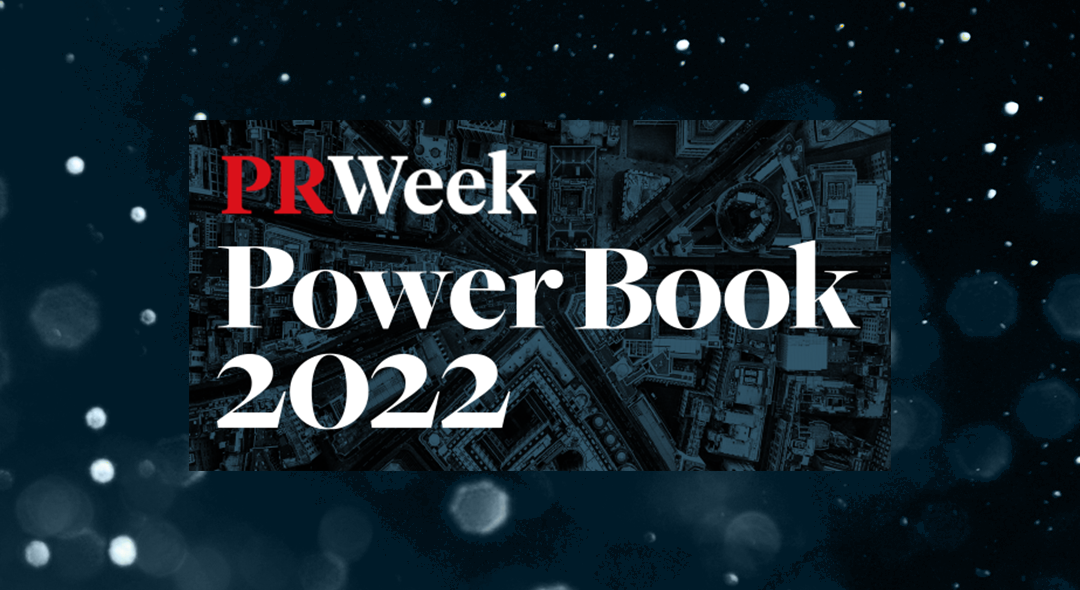 This week saw the launch of PR Week’s Power Book 2022. We are pleased to announce that BECG Group Founder and CEO, Stephen Pomeroy, has once again been recognised as one of the UK’s most influential and respected communications professionals, taking the #2 spot in the top 10 for public affairs list.

The Power Book is the definitive guide to the most influential PR professionals. Stephen has over 20 years’ experience in political communications, and is a devoted supporter of corporate social responsibility. In addition to his work as Founder and Chief Executive of BECG, he advises a number of organisations on cause-related marketing and advocacy.

An honour such as this is really testament to all working within the BECG Group. Together we support our clients in navigating an increasingly complex communications landscape, at a time where public scrutiny feels at its highest. I’m also grateful to our clients whose loyal support and bold inspiration is a source of daily inspiration. It’s an honour to be recognised by peers in this way.

Stephen featuring within the list follows BECG Group being highly commended as Best Agency for Public Affairs in February. The award took into account our continued growth within the business and our commitment to our new and existing clients.

Get in touch to find out more about the communications support that we are providing to some of the UK’s most respected companies.