Getting back to ‘levelling up’

A key challenge for this Government is to competently handle the Covid-19 pandemic while not losing sight of the agenda it was elected to pursue.

The 2019 General Election victory was delivered through that historic puncturing of the “Red Wall” where areas that had suffered generations of decline were promised a break from that trajectory. The Government would Get Brexit Done, yes, but also to embark on radical “levelling up” initiative that would offer hope to these communities. To repeat thew 2019 result they need to deliver on this promise.

Last week we saw 40 Conservative MPs reflect the importance of this agenda by coming together to form the “Levelling Up Taskforce”.

The group, led by former Osborne SpAd Neil O’Brien MP, wants to “champion ideas and boost Britain’s lagging areas”. Its members include some of the new Conservative ‘Red Wall’ 2019 intake but also seasoned parliamentarians such as former PPS to Theresa May Andrew Bowie and Andrew Griffith MP, who worked as a chief business adviser to Boris Johnson prior to the 2019 election.

This coalition of a broad range of MPs illustrates that the levelling up agenda isn’t just supported by those new northern Conservative MPs whose constituencies are set to benefit the most. Instead it has a wider purpose; to unite diverse sections of the party behind the idea that the difference in opportunity and prosperity for people in London and the South East versus the Midlands and the North needs to be addressed.

Their initial foray has been to publish the ‘Measuring Up for Levelling Up’ report. This sets the scene by analysing the stark material difference that exists between the seats that were gained in the 2019 election and the party’s usual heartlands: “Seats gained by the Conservatives in 2019 don’t just have lower earnings than the seats the party already held, but earnings 5% lower than seats held by Labour”.

The report notes that there has been a southerly shift in income and prosperity, especially since the 1970s and deindustrialisation, regardless of efforts to redistribute wealth. These MPs have identified “three key tests” to measure whether the Government are keeping true in action to their ‘levelling up’ mantra.  The bottom fifth and bottom half of local authorities” must see:

They call for the Government to produce an annual report, set against the backdrop of these three tests to show their progress on the ‘levelling up’ of the country.

Just in time for the Autumn Budget and with not long to go until the Brexit transition period ends, this influential and well-coordinated group of MPs is now exerting pressure from their inception to ensure Number 10 remains committed to this agenda.

More broadly this is another illustration that MPs have learned from the influence that the ERG managed to generate in the last Parliament.

In recent months we have seen:

It seems that the Conservative backbenches have concluded that they’re ‘better together’ and will have more influence on No10 as part of these blocs. With the Government’s bandwidth stretched beyond measure during the pandemic, this approach makes sense. Clearly, 40 MPs singing from the same hymn sheet at the same time and gaining traction in the press is more likely to get the Government’s attention than just a few ‘Red Wall’ 2019 intake MPs  espousing their views on their Twitter accounts.

We expect that the Levelling Up Taskforce is not the last group of Conservative MPs that we will see emerge over the next few years. What does remain to be seen though is if these new groupings will have as much influence in the coming months as the ERG managed to hold between 2016 to 2018.

The Housing Secretary labelled it “radical and necessary”, others branded it an overhaul, but there should be no doubt that not only the planning White Paper a significant step towards a quicker planning system, it is also the Government working to achieve and showcase their wider domestic agendas of levelling up, decarbonising the housing sector to achieve Net Zero by 2050 and pushing both central and local Government into a digital age.

We’ve analysed the top 5 ways the White Paper builds on the Government’s agenda:

1. Speeding up the planning system to create jobs and growth

With the housing market linked so closely to consumer spending, and with a swath of unemployment on the horizon due to the Covid-19 pandemic, it’s no surprise that the proposed changes to the planning system look to deliver more homes, quicker and more efficiently, using modern methods of construction.

Getting more homes approved should mean the country sees more homes built which will not only create jobs within the construction sector, but will also help to keep the parties involved with the housing market, such as estate agents and conveying solicitors, in work. Helping the housing market continue to pick up from the impact of the first wave of the Covid-19 pandemic will also benefit the economy from an increase in confidence in consumer spending as well.

2. Another piece in the ‘levelling up’ agenda

An increase in infrastructure projects will aid the Government’s levelling up agenda by seeing more homes built with necessary accompanying infrastructure across the country. Further, many regions recently benefitted from the ‘Getting Building Fund’ which the Government channelled through Local Enterprise Partnerships, and there’s the Brownfield Land Fund and the West Midlands Brownfield Regeneration Fund too. This funding, coupled with speeding up the process by which regions can realise that funding in the shape of the planning system will really help the Government to showcase that the levelling up agenda is, and will remain, a top priority for Government.

The Government’s Net Zero by 2050 is one that many agree won’t be reached by just moving us all from our petrol cars into new electric vehicles; housing will play an important part in the decarbonisation agenda too. This new system will look to move local authority planning departments away from planning applications having ‘not net harm’ on environmental sustainability and energy efficiency to a ‘net gain’ scenario.

The Government wants to realise a Net Zero economy and a large part of this will not only be the retrofitting of existing stock but will also be creating long-term jobs in the housing sector that help the Government realise their ambitious target. Pushing new housing to have a ‘net gain’ impact on energy efficiency and environmental sustainability is a large part of the Government achieving this target.

4. Continuing the Government’s push towards a truly digital era

Chief Secretary to the Treasury, Steve Barclay MP, focussed his recent first policy speech on data and digital, commenting that he wanted the Treasury to become the ‘new radicals’, using data and digital to enhance how his department works, how it evaluates its work and how it makes future projects run more efficiently. Pushing planning applications consultations online has been a silver lining within MHCLG to the black cloud of Covid-19. These proposed changes go several steps further in the White Paper, making the use of digital by local authorities not just a ‘nice to have’ but mandatory. This move to digital will not only help in improving the transparency of the planning system, with more people able to see what’s being planned in their areas, but will also help with creating new digital jobs within local authorities, with digital consultations bringing an improved ability for local authorities to evaluate their consultations with local communities.

5. Delivering on the Conservative 2019 election manifesto

The Conservative 2019 election manifesto pledged to deliver 300,000 homes per year by the mid-2020s, using modern methods of construction, frontloading infrastructure so it gets delivered before housing developments, supporting community housing and self-build projects, creating environmentally-friendly homes, all whilst protecting the Green Belt and Areas of Outstanding Natural Beauty.

In one White Paper, the Government can clearly signpost their work to deliver on almost all of their housing pledges within their manifesto, harking back to the Prime Minister accepting that many voters ‘lent’ the Conservatives their vote in the 2019 December election and that the Government would have to work hard to deliver for the country if it were to retain those voters in future. 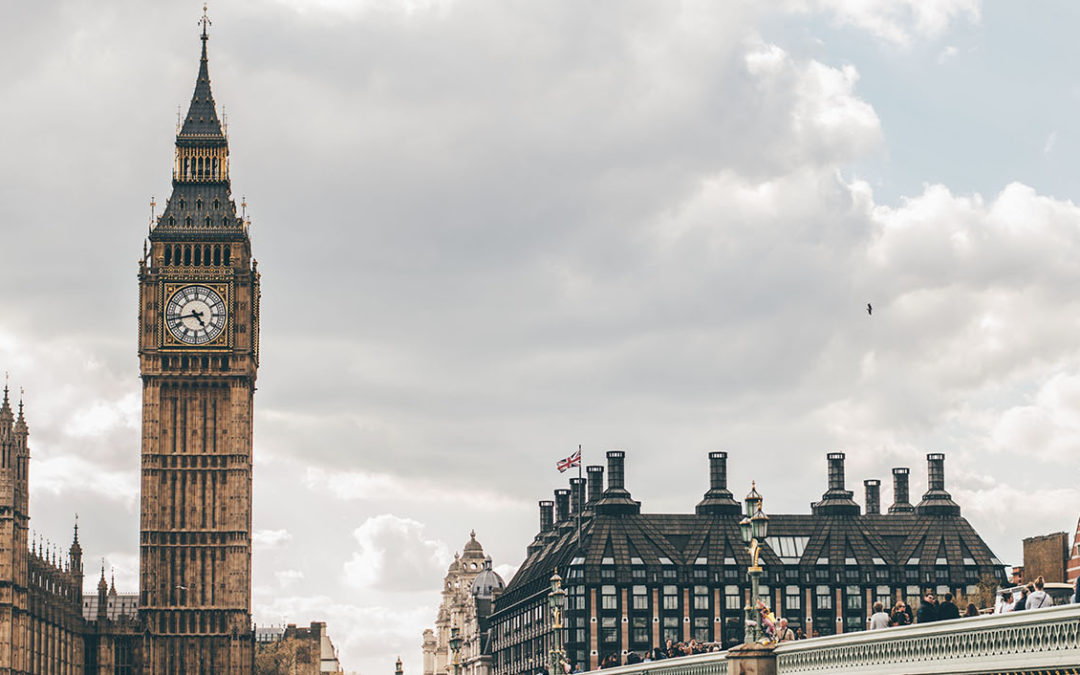 APPGs: An effective tool for political debate, but are they needed and as effective in the ‘new normal’?

All Party Parliamentary Groups (APPGs) have long been a conduit through which Parliamentarians of both Houses can discuss specific issues relating to a topic. They are an effective way of bringing together those from a certain sector or geography with ‘on the ground’ knowledge to discuss issues of importance with Parliamentarians. END_OF_DOCUMENT_TOKEN_TO_BE_REPLACED

What does the ‘levelling up’ agenda mean for Southern England?