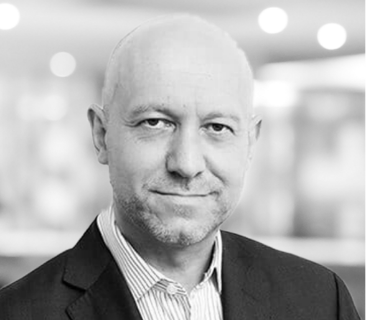 The proposals and consultation

When a new white paper on overhauling planning laws to speed up housebuilding was revealed last year, Boris Johnson declared he would “tear it down & start again”.

But the backlash from Conservative MPs on the white paper and its “mutant algorithm” was fierce before the summer recess. The former PM, Theresa May, labelled the plans “mechanistic” and “ill conceived”. Backbenchers including Isle of Wight MP Bob Seely called the plans an “assault on democracy” with the algorithm being a “suicide note to the Tory shires” that required “significant evaluation”. The algorithm did not go down well.

As we near MPs returning from summer recess, another looming rebellion now threatens to pour cold water on the PM’s plans.

Over recess, controversy has been brewing over the proposed Planning Bill, ahead of its introduction to the House of Commons. There’s been a reigniting of Conservative concern over the Bill, to the point where, according to reports, 100 Conservative MPs could rebel against the government on the Bill unless changes are made.

It’s also being rumoured that No10 is already planning a tactical climbdown on certain aspects of the Bill too. This comes in the aftermath of their by-election loss of Chesham & Amersham to the Liberal Democrats, who successfully played on voters’ fears – exacerbated by HS2 – of the destruction of their green and pleasant land. The loss sent shockwaves through the Conservative backbenches, especially those in southern, home county and southwest constituencies who now can envisage losing their own seat to focused, anti-development Liberal Democrat campaigns. But whispers are now circulating of two potentially new national parks in the Cotswolds and Chilterns to calm nerves on the Conservative backbenches.

There’s also the added potential of the government straining its delicate relationship with local authorities across England as well. The proposals tend towards the Prime Minister’s notion of cakeism, where everyone can have what they want. The changes have been posited – interchangeably – as giving communities greater power over planning and design, local authorities greater control over the plan making process, and house-builders greater certainty on delivery.

But none of these stakeholders in the process seem to agree and MPs will be swayed by how their local communities and councils react to the Bill and their reactions will not be easily dismissed.

This means that when the legislation to enact the reforms is finally tabled later this year Johnson is expected to face his toughest Commons challenge yet, despite rumours many of the controversial elements from the white paper will be ditched.

Planning reform started as a hugely ambitious attempt to transform a sclerotic and bureaucratic planning system but has become bogged down in the realpolitik of managing competing interests within the Conservative parliamentary party.

Building on the reports of 100 MPs set to rebel against the reforms, there are almost 100 MPs in a WhatsApp group called “Planning Concern” as well as senior figures speaking out & comparing it to the much maligned “poll tax”, with Housing Secretary Robert Jenrick now holding weekly video sessions with backbenchers to try and soothe anger ahead of Parliament’s return.

This will be an intriguing and deeply personal battle within the Conservative Party which will strain the new 2019 Conservative collation between north and south to its very political fibre. Cavendish & BECG will be there to scrutinise Johnson’s plans to “build, build, build” & keep you updated with every twist and turn of this important political debate as we head into the autumn.