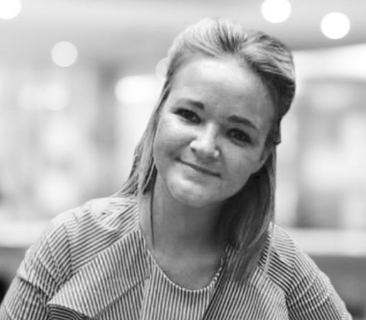 Building Safety – new support from Government, but challenges lie ahead

The Secretary of State for Housing, Communities and Local Government, Robert Jenrick set out details in Parliament for further funding to remove unsafe cladding, and provide certainty to leaseholders, whilst making “the industry pay”.

With a firm commitment from the Secretary of State that the Government would “finish the job that we started”, the  announcement set out:

This announcement comes after several national newspapers, MPs and campaign bodies joined forces to call on Government to “end our cladding scandal”. Over the past few months, the Government has been under immense pressure to act – not least to ensure buildings are safe, but to also find a way forward that protects leaseholders, and cuts through the complex legal set up between leaseholders, freeholders, managing agents and developers – which often inhibits progress.

According to The Times report (before the detail was set out to Parliament), more than 40 Conservative MPs have indicated that they are prepared to rebel over loans for leaseholders. These potential rebels include former cabinet ministers, Damian Green and Andrew Mitchell, whilst Stephen McPartland, a leading Conservative backbencher was quoted saying “[the loans] are not a solution, they are a disgraceful betrayal.”

The announcement today also comes after Inside Housing released the results of their own survey of leaseholders living in developments that require remediation. This survey paints a clear picture that those affected are largely young first time buyers, with middle incomes and who are faced by remediation costs which risk “wiping out” their personal savings.

Does this new announcement from Government end the building safety problem? In short, no. This new funding commitments from Government  helps to tackle one small part of a highly complex jigsaw puzzle, but challenges that the Government will still be required to navigate include:

The new fund only intends to cover the removal and replacement of cladding from buildings over 18 metres in height. It does nothing to help support building safety and fire safety issues beyond cladding – such as internal and external defects, including fire stopping and structural defects. In addition, where  cladding remediation works take place, it is entirely possible that this work could uncover further fire safety issues in a building – and  the National Audit Office has found that cladding inspection has revealed significant flaws in many cases. Where remediation is then required, a second set of remediation costs will be incurred, which will not be covered under this new funding. There is a risk that costs can still be passed back to leaseholders, even where this initial work was funded by Government.

2. Buildings under 18 metres which need cladding removed will be paid for by leaseholders.

Under the new arrangement, buildings which need their cladding removed but are less than 18 metres in height will not be covered by the funding. While the total loan amount may feel small – £50 per month – there is no indication how long the loan would last for, nor what the total bill would be.

Beyond this, we should expect to see the age-old question of “fairness” play out – with questions posed as to why some leaseholders are being treated differently to others. Labour MPs have already spoken out against the loan – and this could build further over the coming weeks if Conservative backbenchers also continue to share their frustrations.

3. The legal responsibility for remediation remains a core challenge

The legal liability for remediation is extremely complex. In most cases, leaseholders living in high rise apartment building are legally liable for the costs of remediation works carried out on their building. However, this also depends on the drafting of individual leases, which is often very inconsistent.  However, where leaseholders have been made to pay, they have often struggled to fulfil these obligations. The Government expects building owners and landlords to bear the cost for remediation, but it has stopped short of mandating this. Today’s announcement clearly aims to resolve this complex issue once and for all , but fails to support leaseholders living in properties less than 18 metres in height.

4. Further clarity is needed by Government on EWS1 forms.

Many mortgage lenders now require confirmation that the entire external wall system of a building (regardless of ages and height) complies with Government advice. This is usually requested as an EWS1 form, which can be issued by the building owners, which is a standardised process developed by the Royal Institute of Chartered Surveyors (RICS). The EWS1 process was launched in December 2019 as a way to assess the external wall safety of buildings over 18 metres in height. Whilst it has been made clear by RICS that if a building is under 18 meters in height an EWS1 form is not required, some lenders and insurers do request that EWS1 forms are provided by leaseholders who are looking to sell or re-mortgage their home. This therefore leaves leaseholders in limbo, as applications for a loan to remediate their properties would refer to works that are not deemed necessary, and raises a further question regarding whether leaseholders have the right to reject the proposed remediation works? There is no clarity on this position at the moment.