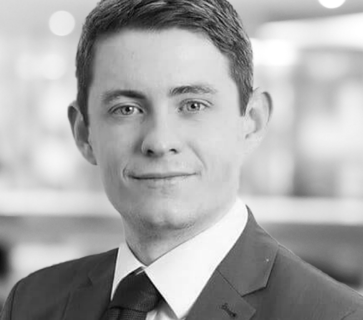 For many people, the infighting which erupted in Number Ten last week likely appeared self-indulgent, particularly at a time of national crisis. However, for Westminster Watchers it was once again proof that, as with Thomas Cromwell, the axe can fall on even the most seemingly irreplaceable advisor.

Dominic Cummings had been the principal advisor to Boris Johnson since he became Prime Minister, and it is hard to overstate the influence which he and his team of Vote Leave alumni have held over the Government. They have set its policy agenda, centralised decision making, and steered the response to Covid-19.

Cummings was a controversial figure within Whitehall and Westminster. He attracted significant criticism for his reportedly abrasive style of management. He was especially mistrusted by MPs, angered by his attempts to sideline the Parliamentary party from the policy making process.

This mistrust turned into outright fury when the PM was required to expend significant political capital defending his trip to Barnard Castle during the first lockdown. This blunder enraged much of the public and damaged the credibility of the Government. It also led many to ask whether Cummings was worth it, and created a narrative that he was a timebomb waiting to be brought down by his own divisiveness. This was not entirely inaccurate.

The downfall of Dominic Cummings was sparked by a dispute over the appointment of a new Number Ten Chief of Staff. The Vote Leave faction had originally hoped that the role would go to Director of Communications, Lee Cain, as a means to reassert their influence following the hiring of Allegra Stratton as the PM’s Official Spokesperson.

This was opposed by both Stratton and the PM’s fiancé, Carrie Symonds (herself a former Conservative Special Adviser). Cummings and Cain responded by attempting to bounce the PM into appointing Cain to the role. They maneuvered and briefed against their opponents, but the PM’s patience had its limits, and both were ultimately required to hand in their resignations.

Their departure from Number Ten represents a mortal blow to the power of Vote Leave within Government. The big question is what comes next. In some way the timing is appropriate. The transition period ends on 31 December 2020 which means that one way or another, Britain will have left the EU, and the job of Vote Leave will be over.

The challenges that now await the PM are immense. He must address the national recovery from Covid-19, work towards achieving Net Zero, and salvage the levelling up agenda with what spending power HM Treasury can still call upon.

We have already seen this to some extent with the launch of his Ten Point Plan to deliver 250,000 jobs through the Green Industrial Revolution. Cummings, by all accounts, was never a convert to the sustainability agenda and believed it to be a niche interest of the metropolitan elite. However, the launch of the Green Industrial Revolution paints a picture of a PM with his own mind for policy, and we can expect sustainability to be at the heart of his strategy to rebuild the UK economy.

At a party management level, Boris Johnson also faces the challenge of rebuilding the relationship between Government and the Conservative backbenches. This task has fallen to Lord Udny-Lister, who has been appointed Interim Chief of Staff. Lord Udny-Lister is an old ally of Boris Johnson: a seasoned and grownup political operator. MPs, pleased by the departure of Cummings, have already reported that he is taking great strides to speak to MPs and listen to their concerns.

Observers will also be keen to see if the reorganisation in Number Ten will affect how the rest of Government operates. Under the old regime, decision making was centralised, and the Cabinet was kept on a short leash. This often led to criticism that the various departments were led by politicians whose willingness to toe the line came at the expense of ability. This move towards a more consensual style of Government should hopefully lead to Cabinet Ministers being confident enough to flex their own ministerial muscles, and encourage improved policy making.

All this is not to detract from Cumming’s clearly significant abilities. He was the brains behind the successful Vote Leave campaign, and a major influence in the 2019 General Election victory which shattered the Red Wall. However, no unelected advisor can be bigger than the Prime Minister and Dominic Cummings clearly blurred these lines. After all, no one leaves through the front door of Number Ten, box in hand, unless they have a point to make.