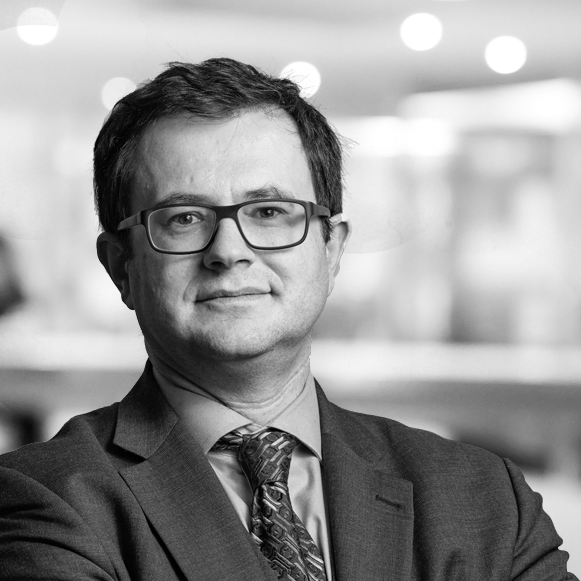 The global economic and political outlook changed considerably on February 24 2022. What had been a story of tentative recovery from covid tempered by inflation concerns became one in which economics took second priority to sanctions on Russia for invading Ukraine, leading to accelerating inflation making interest rate rises and consequential economic slowing almost inevitable, and far deeper concerns about the future relationship between the west, broadly defined, and China.

For the UK, this has undoubtedly complicated trade policy in at least two ways. The first is the evident contradiction between strong security but weak economic relationship with other European countries. Second, growing economic gloom has cast doubt on the underlying UK policy choice of a Brexit in which trade relations were not prioritised. While priorities are as before, one can already detect the first suggestions of changing emphasis caused by events, of which we will probably see more in the second half of the year.

Areas to watch are particularly the following:

The Free Trade Agreement agenda slows as the low-hanging fruit is gathered.

It was relatively straightforward to agree FTAs with Australia and New Zealand, with the UK as demandeur willingly removing agricultural tariffs in exchange for facilitation of our application to join the Comprehensive and Progressive Agreement for Trans-Pacific Partnership (CPTPP). That should in turn be achieved in the next 12 months, as a statement of intent to deepen relations with the region if not immediately making a huge economic difference given existing deals in place as well as in the distance.

Thereafter progress will be harder. With India the choice is likely to be between a limited deal this year with the hope of something more substantive later, or a much longer negotiating period than anticipated. The Gulf Cooperation Council is a similarly tricky negotiating partner, while upgrades to deals with Canada, Mexico, and Israel will probably be fairly minor in effect.

The most significant Brexit Free Trade Agreement prize in the eyes of supporters was always the US, and notwithstanding various setbacks since 2016 and predictions that it would be impossible from some commentariat, that remains the case. President Biden has shown no interest in trade deals with any country, but after an expected heavy defeat in midterm elections he could yield on what would probably be the only relatively popular Free Trade Agreement he could do. Already there is a bipartisan bill proposed to the Senate to give him such negotiating power.

The UK government would face two issues in such talks, the first a likely requirement to change food standards against the long-stated policy not to do so. Even more problematically, there is no chance of US trade deal while the UK continues to threaten unilateral action to undermine the Northern Ireland Protocol. On balance this all still makes a deal by 2024 unlikely, but it can’t be entirely ruled out.

An interesting trend globally is the way in which recent major initiatives have focused on dialogue rather than treaty-based commitments. Particular examples are the US-EU Trade and Technology Council and US-led Indo-Pacific Economic Framework. These trends reflect a diminishing return from tariff reduction in FTAs, as well as the difficulty of committing to regulatory changes in Free Trade Agreements. The UK has also been part of this trend with a UK-US dialogue and new Joint Economic and Trade Committee (JETCO) with Thailand. It is likely that this trend will continue, and future UK governments may well see this as a basis for a stronger relationship with the EU.

Other government trade interventions such as resolving market access cases, movement of people, and regulatory policy will become a higher priority.

It was always the expectation that a government would want to show Brexit working by concluding new agreements. Much of the most important government work in facilitating trade however is ongoing, whether that is seeking to resolve market access cases through diplomacy, ensuring companies can have the staff they need, or that regulations facilitate rather than obstruct trade. The economic difficulties now widely forecast, together with generally disappointing trade figures compared to other European countries, are likely to increase the attention on how the work in these areas can be given more impetus, including through effective implementation of the many deals we already have in place.

Doing so effectively will however mean some resolution of unresolved Brexit issues, notably the comparative low priority given to trade with the EU compared to other regions, and the tension between an independent regulatory policy and the sort of global alignment that business seeks. While at a political level we can expect little change from this government in their direction of travel emphasising independence and control, pragmatism will increasingly be seen at working level in recognising the need to work with others.

Globalisation will survive economically but political fragmentation will be an increasing obstacle.

The obituary for globalisation has been written many times in recent years, from the victory of Brexit and Trump in 2016, to the covid crisis, and now Russia’s invasion of Ukraine and its aftermath. At a political level there are clearly deep concerns about the impact of global trade and particularly economic and political relations with China. Yet the forces that drove modern globalisation, in particular the technology that allows companies to operate and source wherever they want, are unchanged. Trade volumes remain strong in goods, and is growing in services, much of this carried out by large global players.

There is no sense that this contradiction will be easily resolved, rather large corporates will navigate different political realities, while countries will seek to shape globalisation as best that they can. For the UK, with numerous strengths particularly in services, this could be an opportunity, but only through moving on from Brexit disputes, which looks difficult under this government.

The UK is still adjusting to its post-Brexit reality, at a time of global uncertainty. Trade policy, indeed the government’s overall policy agenda, is not yet sufficiently adapting, but there are opportunities as well as the currently obvious difficulties. However, the current domestic instability in terms of for example regulations and EU relations is problematic given the wider picture, and needs to be resolved to provide a better basis for the companies that actually conduct trade.

If you would like to discuss international trade in further detail and how Cavendish Advocacy might be able to support your organisation, please do not hesitate to contact samir.dwesar@cavendishadvocacy.com.