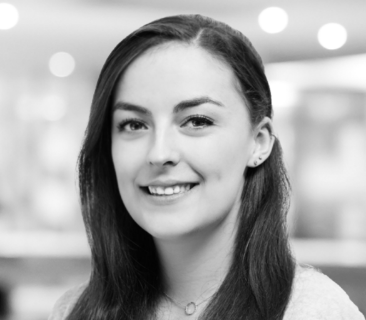 Overview of the event

The last few months have seen drastic changes in the political landscape, regarding both the day-to-day operations of Parliament and how Government has been forced to prioritise its response to Covid-19 at the expense of its previous agenda and commitments.

At the 2019 General Election, Boris Johnson outlined his plan to get Brexit done and level up the country. However, 2020 has instead been dominated by Covid-19 and the complexities of social distancing, NHS capacity, PPE, test and trace, as well as by the staggering economic impact of the country being forced into lockdown.

As we edge back to normality, Cavendish Advocacy was delighted to host Rt Hon Robert Buckland QC MP, Lord Chancellor and Secretary of State for Justice, as the keynote speaker at our 2020 Virtual Summer Drinks Reception. The Lord Chancellor was able to share his insight into the events of recent months and provide us with his take of the political landscape from his seat at the Cabinet table.

Overview of the discussion

Robert Buckland opened the discussion by highlighting how much politics has changed in recent months. He explained that this was not just because of the success of the Conservative Party at the 2019 General Election, but also because of changes within the Labour Party leadership. He said that this had allowed for more co-operation across Parliament, whilst the Prime Minister has also provided clearer direction and leadership than previous Governments.

Priorities at the Ministry of Justice

Robert Buckland explained some his priorities at the Ministry of Justice. He said that he is currently focused on three key areas of reform and legislation: counterterrorism, divorce, and probation and sentencing. He said that significant progress has been made in these areas, despite the lockdown, and cited how the Divorce, Dissolution and Separation Act received Royal Assent some weeks earlier, whilst domestic abuse legislation is currently being considered by the House of Commons.

He also emphasised the importance of the Ministry of Justice in supporting the economic recovery, with the building of modern prisons occupying a central point of the Prime Minister’s ‘Build, Build, Build’ plans.

Concerning the justice system, Robert Buckland accepted that there had been failures by both the current and previous governments to ensure that legal aid payments reflect modern practices of justice. He asserted that the Government would make changes to how payments are made and launch Part Two of the Criminal Legal Aid Review to assess how the Government can better support barristers and solicitors. Above all, he emphasised the importance of the Rule of Law and committed himself to doing what he can to protect this.

On the future of the union and devolved nations, Robert Buckland acknowledged that the response by the Scottish Government to coronavirus and the popularity of Nicola Sturgeon has raised some questions regarding Scottish independence. However, he stated that there have not been significant differences in the substance of Covid-19 policy between England and Scotland and argued that the First Minister benefits from favourable treatment by the media. He reiterated his position as an ardent unionist and the importance of all four nations cooperating to recover economically from the pandemic.

When asked how the Government will regain momentum as we return from lockdown, Robert Buckland said that the Government’s pre Covid-19 agenda has continued in the background over the last few months. He said these plans have not diminished, and that departments stand ready to resume this work as soon as circumstances allow. He emphasised that although announcements regarding the pandemic will continue, these will not draw energy away from the other aspects of the Government’s agenda.

Regarding how Covid-19 has changed the way that people work throughout the UK, Robert Buckland said that long term he expects there to be a shift in importance away from London to regional hubs, and that flexible working will become the norm. However, this was caveated in that, whilst working patterns have changed, it would be a mistake for the Government to significantly amend their local development and transport plans now, as it is still too soon to identify the full extent of the impact which Covid-19 has had on working patterns. He did, however, admit that the most important change to the Government’s agenda has been the emphasis placed on the importance of broadband and digital connectivity.

When asked about potential plans for Parliament to move away from London, Robert Buckland recognised that there could be more modern ways of organising Government and agreed that advances in technology have enabled greater flexibility for public servants to live away from London but still do their jobs. However, he explained that his own view is that it would be a great tragedy to move the Houses of Parliament away from London, due to the history and the ‘echo of democracy’ that exists in the Palace of Westminster.

On Brexit, Robert Buckland said that there would be an incoming ‘summer of activity’ now that face to face negotiations can resume. He said that he was confident a deal would be reached before the end of the transition period but warned that to achieve this both sides have a responsibility to not be overly ideological or dogmatic.

On the role of the media in politics, Robert Buckland explained that, while the media has always subjected politicians to a high level of scrutiny, any chance of a ‘political honeymoon’ following the 2019 General Election disappeared when the pandemic struck just a few months later. He also made the point that the media has often been more interested in ‘gotcha’ moments than objective journalism. He cited how a huge amount of research into the disease has taken place since March, and that the decisions made by Government at the beginning of lockdown were based on their understanding of Covid-19 at the time.

The role of advisors

The conversation concluded with a final question about the role and influence of Dominic Cummings in the machinery of Number 10. Robert Buckland emphasised that ‘advisers advise, ministers decide’, and said that it is important for the Prime Minister to surround himself with a diverse range of opinion, but that the media has not accurately reflected this.

Contact me to find out how we can advise on shaping the policy agenda in order to support your organisational aims. You can also subscribe here to receive our upcoming webinar invitations.