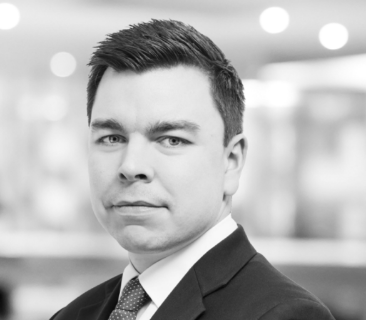 What is Levelling Up and what does it mean for the built environment?

Ever since the slogan was coined at the 2019 General Election, there’s been lots of talk from the Government about ‘Levelling Up’ and ‘unleashing opportunity’ across the country. For the backstory on Levelling Up which I’ve covered in previous blogs, click here & here.

But in recent months Levelling Up has become both more tangible and harder to reach than any other time since the last General Election: More tangible in the sense that there’s now policy movement behind the political narrative, by way of the Levelling Up and Regeneration Bill’s introduction to Parliament. But harder than ever to achieve given the backdrop of the economy and of the perilous state of the Government and No10’s relationship with their backbenchers. Following Monday’s vote of no confidence in the PM, Mr Johnson and his team will be even more focussed on what their next moves are to bring the Conservative Party back together, whilst also having to deal with an already scarring cost of living crisis affecting everyone’s household finances (watch this space for a potential reshuffle over the summer and announcements to help rebalance the economy!)

But aside from the current political woes befalling Mr Johnson, the Levelling Up and Regeneration Bill will continue it’s path along the legislative journey. Following the release of the Levelling Up White Paper, many thought the Bill to follow would focus heavily on the Levelling Up missions, with a few pieces of planning reform on the side. What we got was a progression of the Levelling Up missions and a commitment that ministers will publish an annual report on progress made on each mission. Alongside this was devolution to local leaders to help achieve those missions, a new suite of powers for high streets to be regenerated and, vitally, lots on planning reform – with a particular focus on beauty, infrastructure and local democracy in development.

With a renewed focus on local democracy and planning in mind, and following the Second Reading of the Levelling Up and Regeneration Bill, Cavendish Advocacy and BECG have compiled a report on Levelling Up, supported by polling conducted by YouGov of both MPs and of the public to find out what Levelling Up is to these two sets of people and what the Levelling Up agenda might mean for housing providers, for construction firms supporting those housing providers and for the built environment we live in across the UK.

Key findings from the report

So what next for the industry?

Download our report here to find out what conclusions we draw from our key findings above and from our wider polling work on Levelling Up.

For any questions about Levelling Up, our polling report or how Cavendish Advocacy and BECG can support your organisation with strategic communications support focussed on the built environment contact Oli Hazell here or visit our dedicated page here.