What politicians think about Net Zero and the Green Economy

Just over six months on since the UK hosted the landmark COP26 climate summit, Cavendish and BECG commissioned Savanta ComRes to survey MPs and councillors from across the UK to understand if and how their views may have changed towards the Government’s Net Zero policy agenda.

Leading up to the COP26 climate summit environmental issues were firmly at the top of the Government’s agenda. We saw a flurry of publications including the Government’s Net Zero Strategy and Hydrogen Strategy as well the passing of the long-awaited Environment Act.

Since then, the political climate has changed significantly, the conflict in Ukraine and the growing cost of living crisis have put the energy sector under increased pressure. How the Government’s environmental targets align with their levelling-up agenda is an area which has also come under scrutiny, with some Conservative MPs speaking out over the cost of achieving these ambitious targets.

In these uncertain times, understanding politicians’ views towards Net Zero and the climate crisis has never been more important. It was against this backdrop that our polling aimed to shed light on key questions such as:

With the survey showing regional divides between politicians in the North and South, growing political disparities, as well as a lack of confidence across all MPs across the political spectrum in the UK’s ability to meet the 2050 Net Zero targets, download our free report to read the rest of the findings. 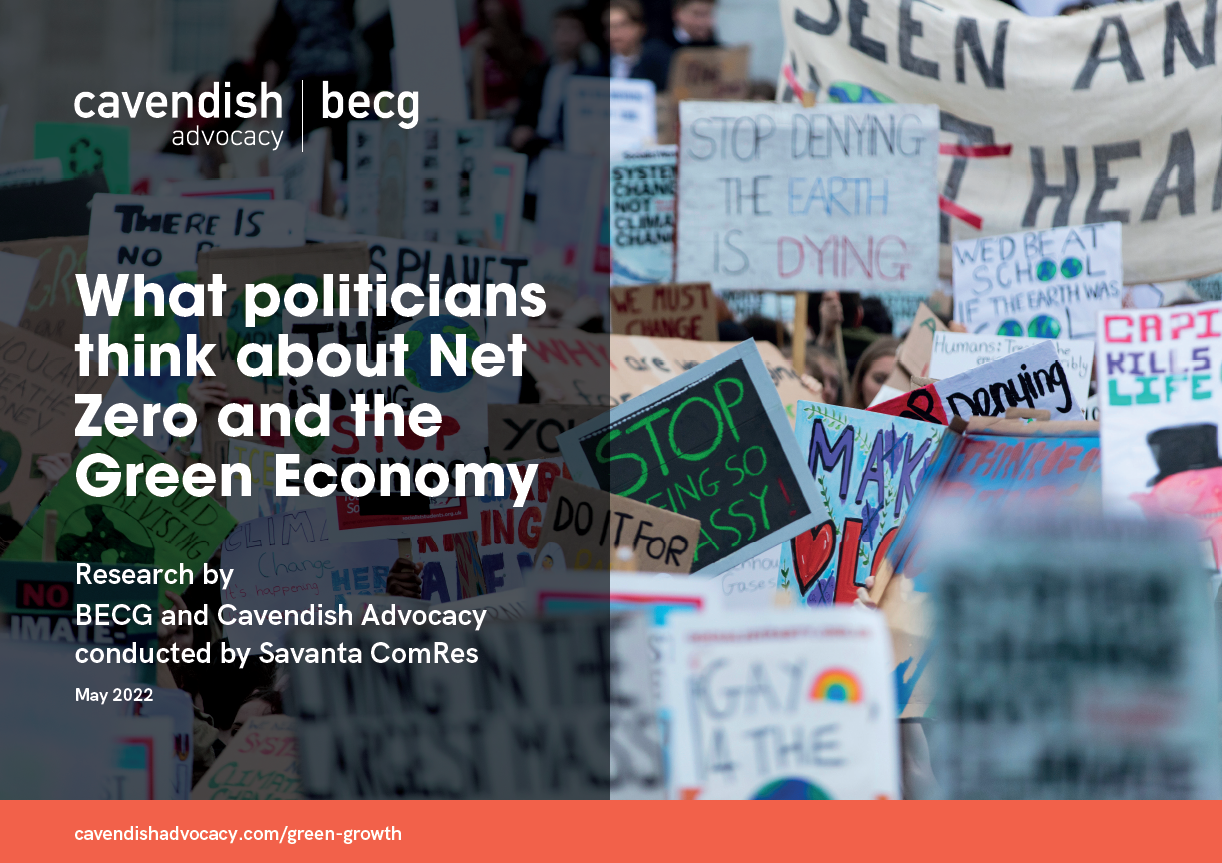 If you want to talk more about how to position yourself within the green economy and climate change agenda, please contact us here.